Have you heard about The Tale of Kitty-In-Boot?

When Miss Kitty sneaks out to go hunting in her beautiful boots, she gets herself into all sorts of scrapes, but on this particular night she meets the foxiest hunter of them all – Mr. Tod!

The Tale of Kitty-In-Boot, a manuscript by Beatrix Potter, was rediscovered two years ago when Jo Hanks, publisher at Penguin Random House Children’s, stumbled across an out-of-print literary history about Beatrix Potter from the early 1970s. Hanks found in the book both a reference to a letter that Potter had sent her publisher in 1914, which referred to a story about ‘a well-behaved prime black Kitty cat, who leads rather a double life’, and an unedited manuscript of the tale.

A trip to the V&A archive, where many of Potter’s items are kept, revealed three manuscripts, handwritten in children’s school notebooks, one rough colour sketch of Kitty-in-Boots, a dummy book with some of the typeset manuscript laid out and a pencil rough of arch-villain Mr. Tod. Other letters in the archive revealed that Potter intended to finish the tale, but ‘interruptions began’ – and continued: from the beginning of the First World War, to marriage, to sheep farming, to colds. And so she never went back to the story. 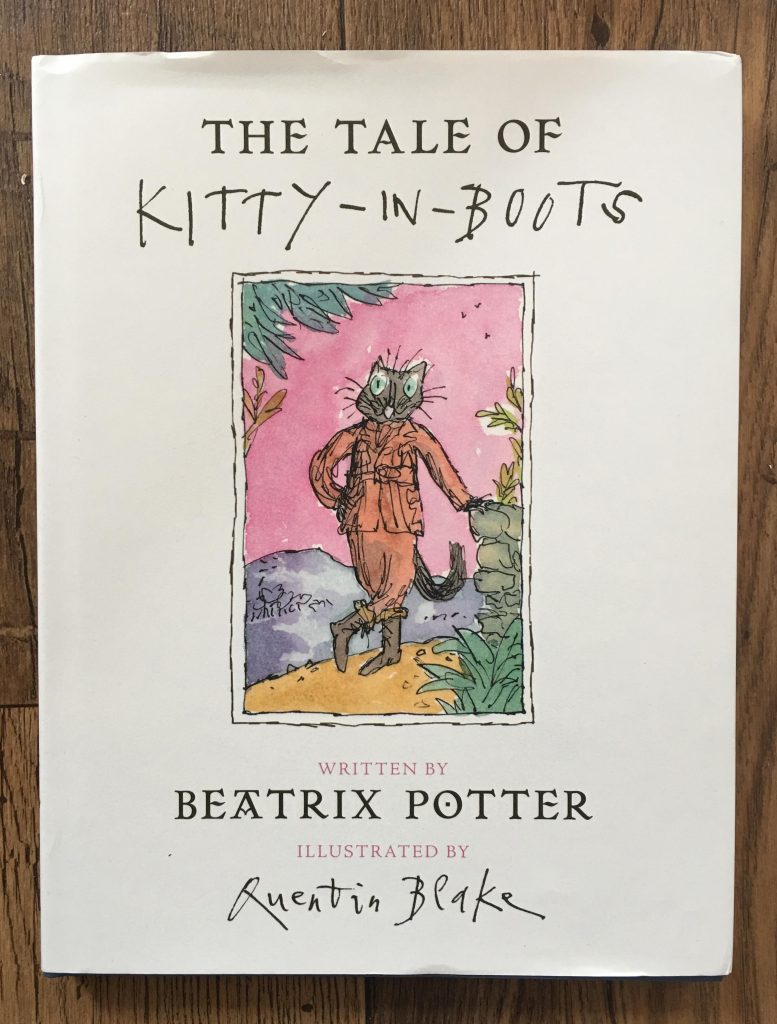 The Tale of Kitty-In-Boots by Beatrix Potter, illustrated by Quentin Blake, was published by Frederick Warne & Co., last month. I am delighted to have one copy of this gorgeous book to giveaway today.

Win a copy of The Tale of Kitty-In-Boot

To be in with a chance of winning this lovely edition of a new classic simply answer the question and leave a comment on this post via the Rafflecopter widget below. The giveaway ends on 10th October and the winner’s name will appear on this post. Good luck! Find more competitions at the Prize Finder.