Now you probably know that there is no such thing as Lego Paw Patrol figures but that didn’t stop us looking for them. We found some very strange Paw Patrol figures and Little Sis decided she wanted to buy them. We duly waited for them to arrive from the other side of the world and they finally arrived. 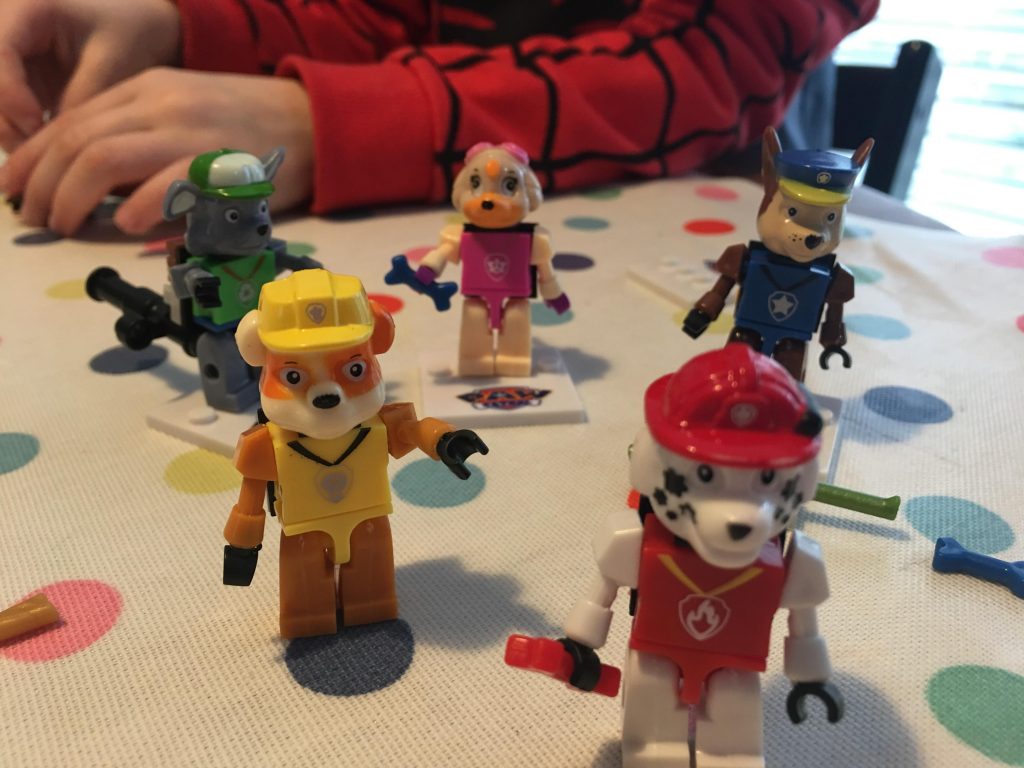 They were really hard to build but that didn’t seem to bother my daughter. They can be on all fours or standing up. Each figure came with a gun which was really weird as they obviously don’t have guns in the animations! 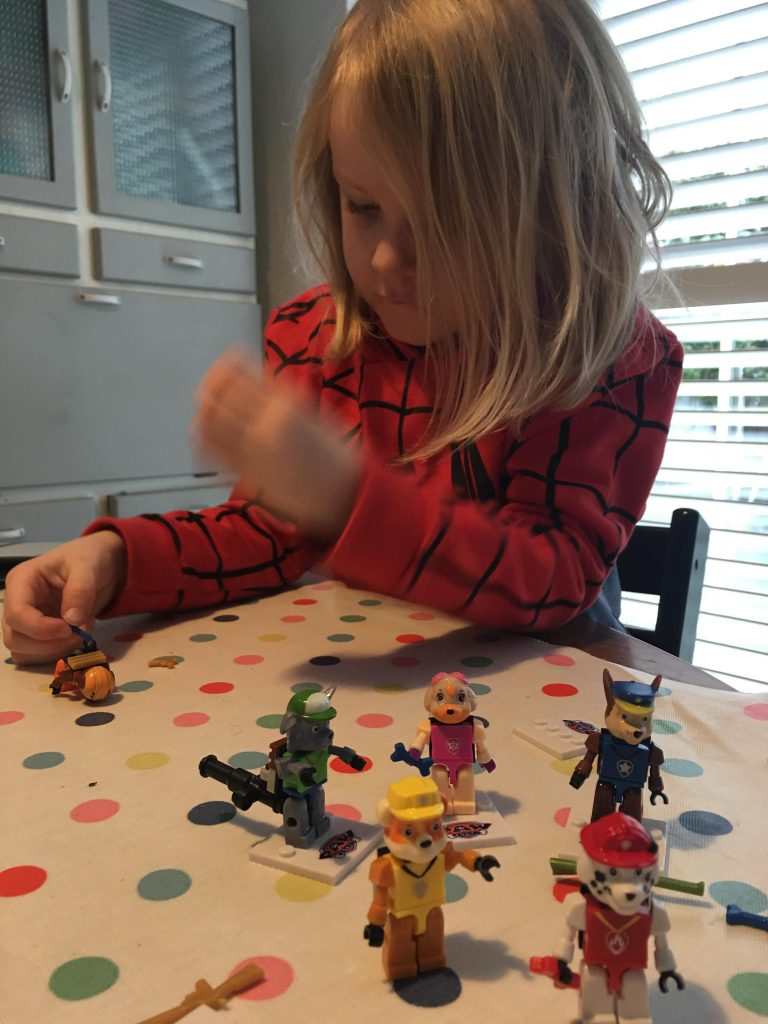