It’s been a bit of a Lego weekend. Yesterday we were in London to see The Lego Batman Movie. Today was a little quieter but somehow Big Brother managed to buy this Lego set to add to his collection – Lego Star Wars Microfighter Series 2.

He loves the size of these Microfighters and has quite a few of them. Today he bought Lego Star Wars Microfighter 75076 Republic Gunship from Series 2 with his Christmas money. He built it quite quickly and it has already been lost in the depths of his bedroom. 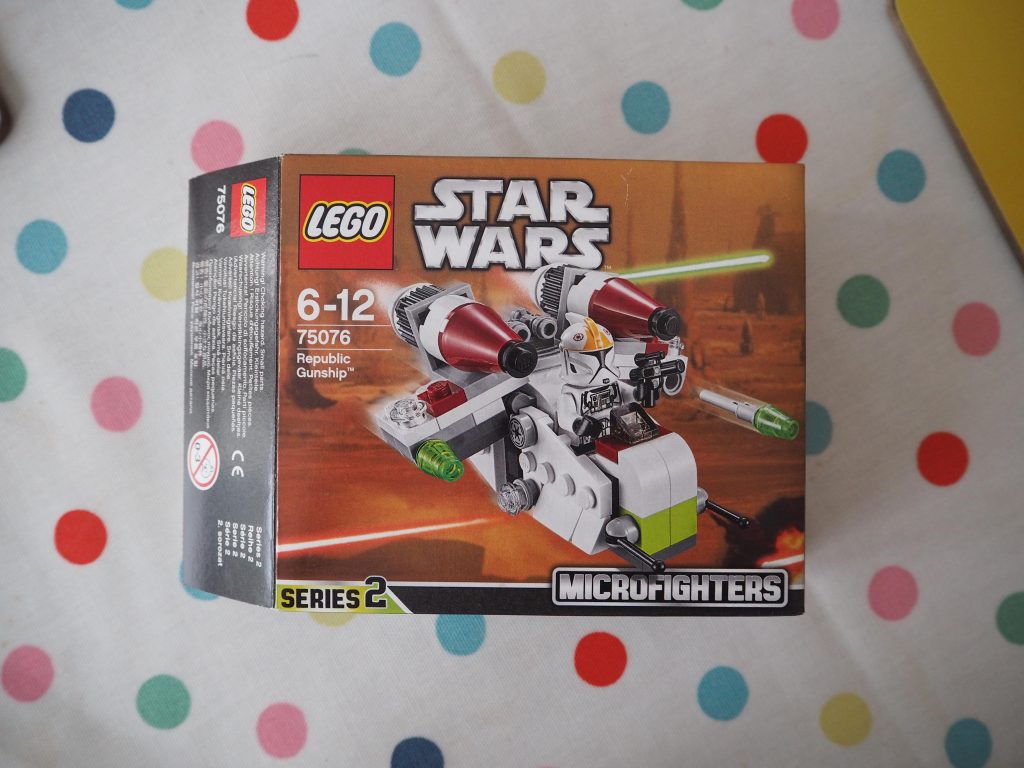