The Joker has planted a bomb at the Gotham City Energy Facility! Team up with Batman to intercept him before he blows up the power plant. Dispose of the bomb safely, but watch out—The Joker is putting on his balloon backpack and launching his escape. Aim the grappling gun and take down that grinning Super-Villain! 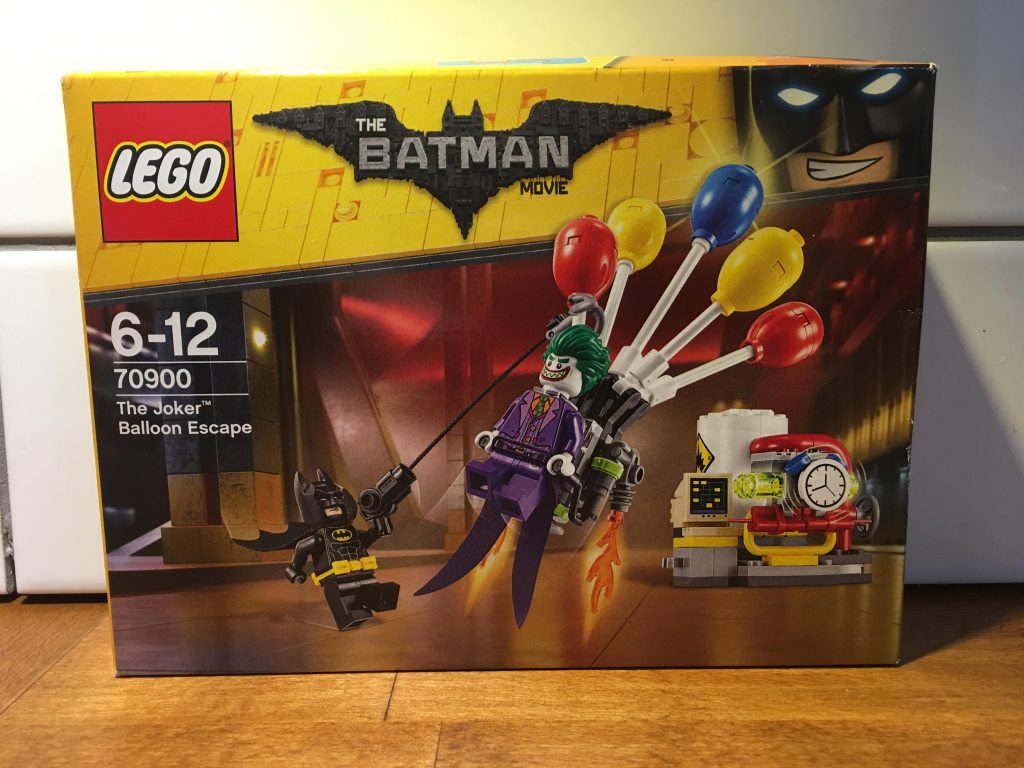 This set contains two minifigs – Batman and The Jokes. Big Brother started to build it whilst we were having lunch  on Saturday but waited until we got home to finish it off. 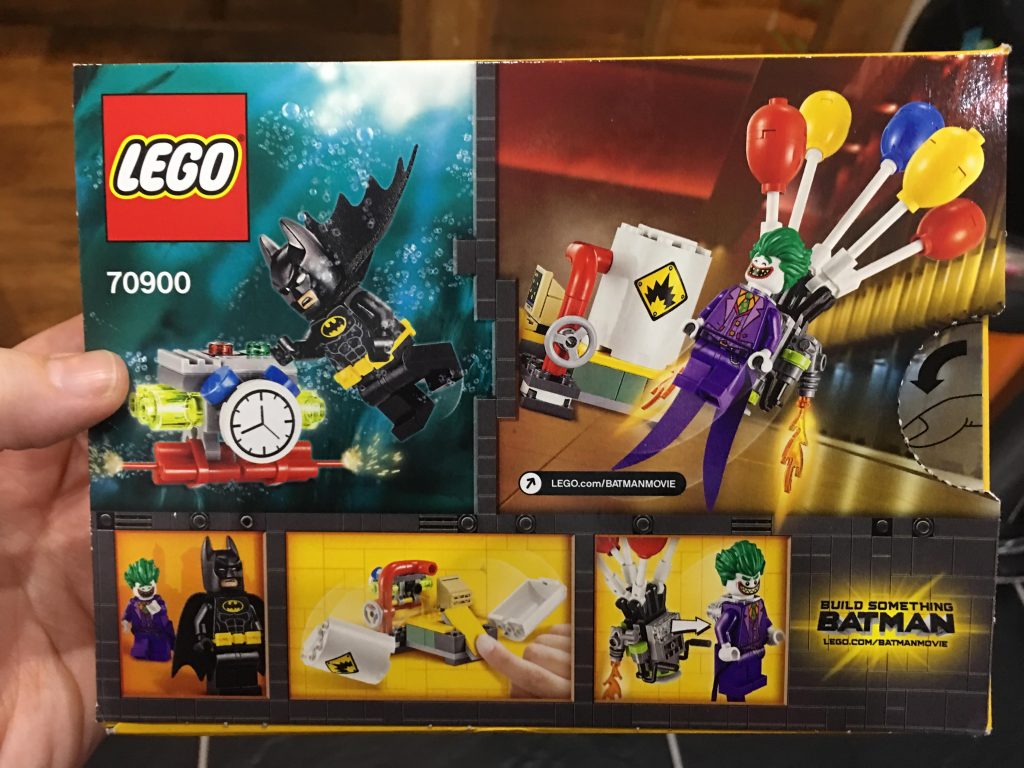 I love the balloons! Accessory elements include Batman’s cape and new-for-spring-2017 molded utility belt, and The Joker’s special purple coat-tail. It’s a cute set and a great reminder of our special day out.