We’re visiting my mum in Wiltshire and popped into a toy shop for a browse. Big Brother spotted that some new Lego Star Wars sets had been released! He had a little money left over from his birthday so bought Lego Star Wars Jakku Quadjumper (75178). This set is based on an early scene from The Force Awakens and includes 4 minifigures: Rey, Finn, Unkar’s Thug and a First Order Stormtrooper, plus a BB-8 figure. 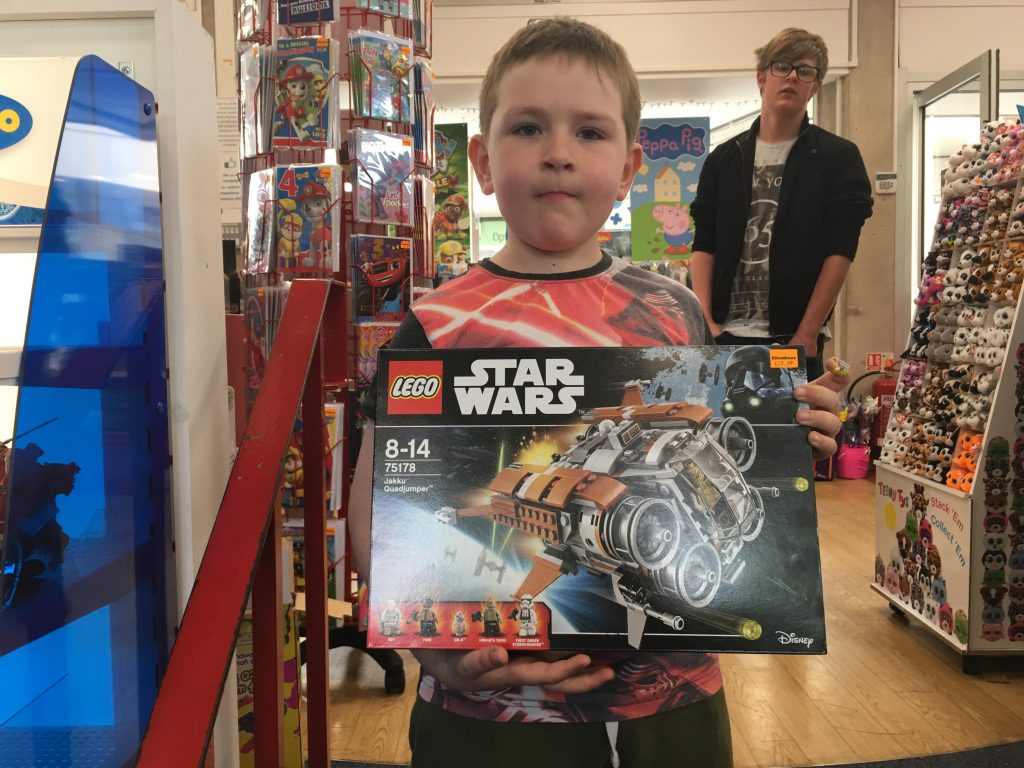 You can see how he got on building it here: