Today we received a lovely invitation to Legoland Windsor to watch the Lego Scooby Movie. We didn’t even know you could watch films at Legoland but you can!

After the screening we were free to explore Legoland. We have been a few times now and the children were really excited. They both wanted to see Duplo Land but we’ve been on all the rides so were really keen to see more of the park. After going on some of their favourite rides we headed to the new Lego Ninjago World which has recently opened. To be honest we didn’t know anything about Lego Ninjago but there was a new 4D interactive ride and training camp activities. 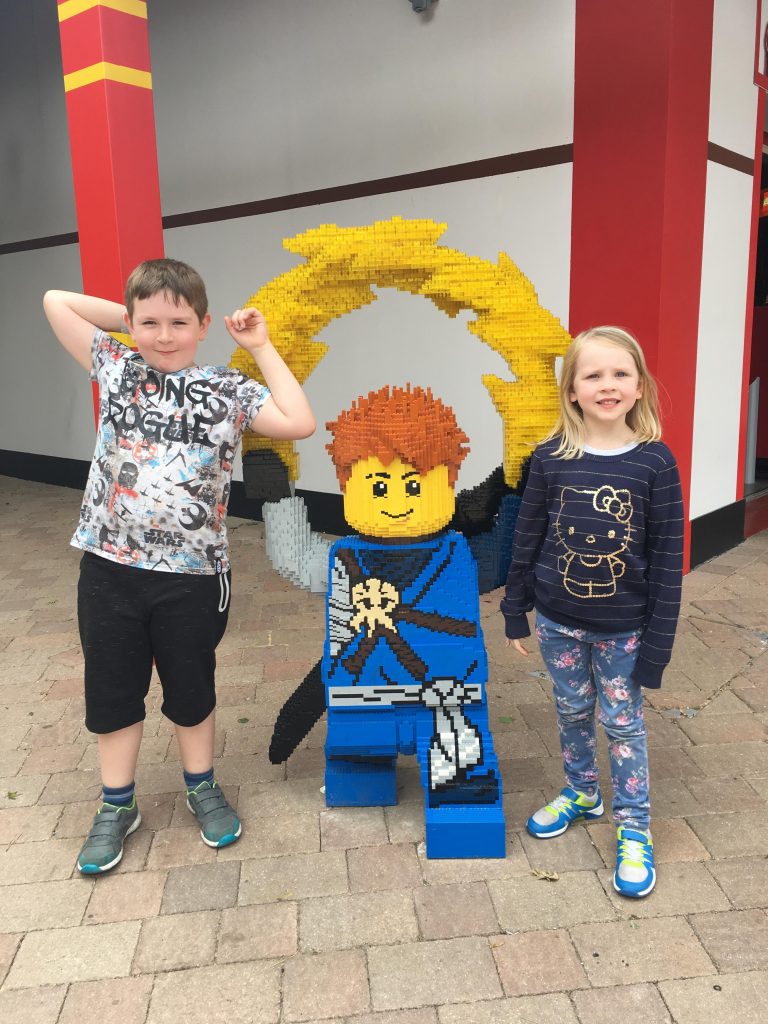 You can join your favourite heroes and take on awesome training activities as you prepare for the ultimate test of your ninja skills on Lego Ninjago The Ride!

Using your Lego building skills, can you help Zane add parts to the frozen monastery rock?

Come face to face with the climbing wall, you will need to have a patient mind and master body agility and endurance to conquer the rock!

All of your ninja skills will be put to the test as you battle through ice, wind and fire with the Ninjago heroes in our new 4D interactive family ride.

We loved Ninjago The Ride. This is the first attraction in the UK to use thrilling 4D effects of heat, smoke and wind, alongside state of the art Maestro hand gesture technology, enabling riders to virtually throw fire balls, shock waves, ice and lightning using nothing but their hands, as well as intuitively adapting to each individual’s playing style. This, along with 3D image projection throughout the ride, makes the Ninjago World experience feel as real as possible for aspiring young ninjas.

Up to four ninjas can sit in each ride vehicle where their ninja skills will be tested as they score points battling against snake tribes, skeleton ghosts and King of the Skulkuns, before ultimately facing The Great Devourer – a giant serpent who can only be defeated by working together and demonstrating the best Spinjitzu moves.

According to their website there are also over 20 new Lego models in Ninjago World including two five-foot guardian dragons built from 77,280 Lego bricks protecting the entrance, models of Master Wu and the Lego Ninjago heroes themselves.

One thought on “Legoland Windsor and Legoland Ninjago World”